This product is definitively one for the set builders and insert fans. Each box contains 24 packs with 3 ‘hits’ per box consisting of either a sticker auto or memorabilia. After watching a few breaks I can say the card design doesn’t blow me away, and is definitely a step back from previous years. The cards to chase will definitely be the foil inserts of the Rookies (as is the case with most lower end products). The autos and memorabilia are somewhat lacklustre and not really worth the money you pay for it. Prime example is Mike Muscala featuring in the ‘Stars of the NBA’ set, seriously?

Personally, steer clear. With such an amazing product like Select being released next week, I would save your money and invest in that. The auto list is ok with the standouts being retired players such as Jamal Mashburn, Dan Marjerle, Vin Baker, Shawn Kemp, Scottie Pippen, Karl Malone, Spud Webb and Kobe Bryant with the best auto set definitely being the ‘Stars of the NBA’ set (despite the inclusion of Mike Muscala and some other scrubs) which features Steph Curry, Dirk Nowitzki, Kevin Durant, Kyrie Irving, Karl-Anthony Towns, Anthony Davis, Kristaps Porzingis, Devin Booker, Pau Gasol, Tony Parker, Gordon Hayward and Seth Curry’s first auto in some time.

From the first few breaks I’ve watched it seems that each case consist of the following:

For auto chasers, one of them tends to fall in the packs at the bottom of the box, so maybe look there if buying loose packs. 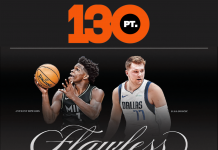 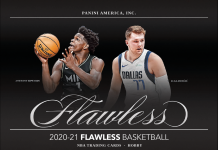