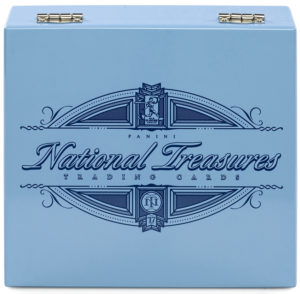 National Treasures Baseball is a big release for Panini and it seems like they have pulled out the stops for the 2017 rendition. Featuring Micky Mantle memorabilia in a variety of forms, as well as the highly sought after rookie patch autos and intriguing memorabilia pieces such as bat barrels, buttons, stirrups and more, the options are a plenty.

Whilst not an official MLB licences released, Panini appear to have done a great job designing the cards to still have significant eye appeal and undoubted secondary market value. All that’s left it so hit a Aaron Judge Patch Auto… 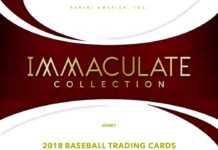 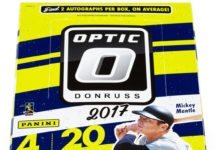 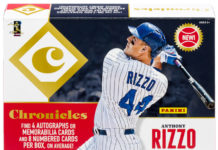